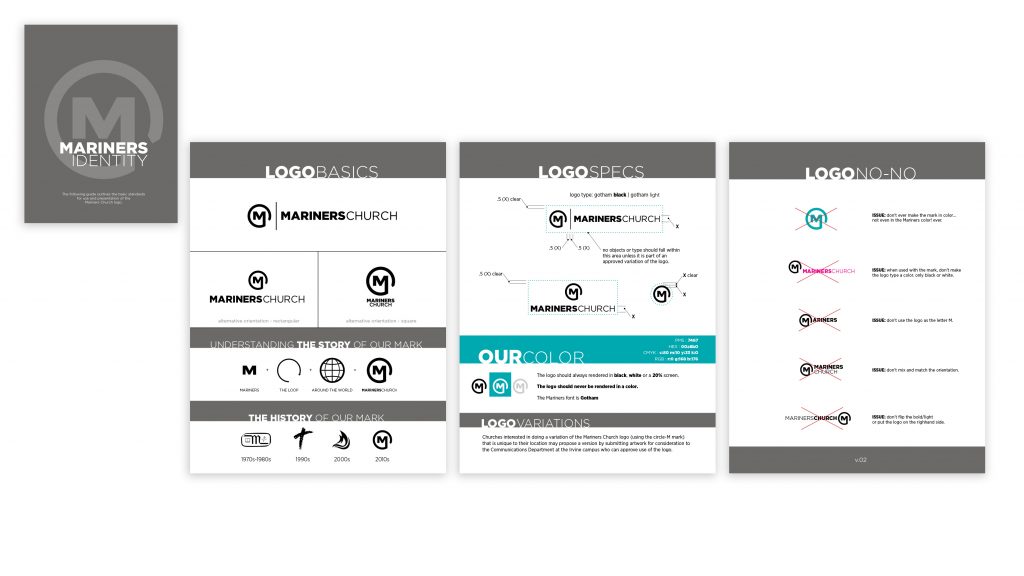 there are three elements to the story this logo tells:
M = Mairners
arow = the Loop (way they do church)
circle = around the world.

in 2013 i got the privilege and opportunity to redesign the logo for Mariners Church. i had played a role in the layout and implementation of second logo that the church used–from the early 90’s–and all of it’s iterations as we merged to become mariners south coast church in 1996 and then went back to mariners church. but due to some crazy circumstances and changes in leadership, i wasn’t involved with the redesign that was done in 2003. so being able to create a mark for a church i had been so deeply involved with was a wonderful and satisfying journey. and i could not have done it without the wisdom and design advice i received from the executive pastor at the time, brian norkaitis.